Home / News / What are the classifications of oil-free bearings

What are the classifications of oil-free bearings

Summary: Make it between the friction pairs, under the action of fluid dynamic pressure effect, static pressure effect and squee...
Make it between the friction pairs, under the action of fluid dynamic pressure effect, static pressure effect and squeeze effect, form an intact gas film, which has the function of supporting load and reducing friction. Gas smooth bearings are generally divided into gas dynamic pressure There are three types of bearings, aerostatic bearings and gas squeeze bearings. The smooth state of the practice bearing often exists in the form of dynamic and static pressure, dynamic and extrusion, static and extrusion, and a mixed smooth state of dynamic, static and extrusion.
The mechanism of gas-smooth bearings forming a bearing gas film is the same as that of liquid-smooth bearings. Due to the requirements of special production processes, some key equipment of industrial and mining enterprises operates under harsh working conditions. Due to the heavy equipment, high ambient temperature, large dust or acidic corrosive gas in the air, etc. It brings many problems to the smoothness of the equipment, and the friction and wear are serious. At present, traditional oil and grease are still used for smoothness.
In fact, these industrial and mining conditions have exceeded the scope of oil and grease smoothness. It is prone to bite or seizure of bearings and other friction pairs. Cause serious wear and damage of parts, often incurring equipment outages. The composite material used in the composite material smooth bearing is a new type of pressure-resistant solid smooth material, which consists of a metal substrate and a solid smoothing agent embedded in the hole or groove of the substrate. Paste composition.
The metal substrate bears most of the local load during the friction process. After friction, the solid smoothing agent in the hole or groove is transferred or reversely transferred to the friction surface, forming a solid transfer film with good smoothness, firm adhesion and even cover on the friction surface, which greatly reduces friction and wear. As the friction stops, the embedded solid smoothing agent is provided on the friction surface from time to time, ensuring good smoothness of the friction pair during long-term operation.
https://www.ydbearing.net/ 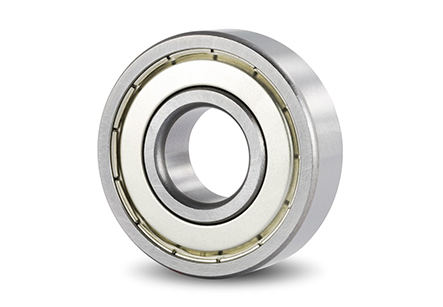 PREV：What is a one-way bearing?NEXT：What are the cleaning methods for recycled bearings